You are here: Home / Channel Catfish 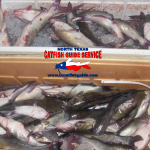 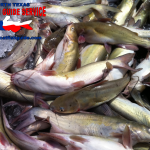 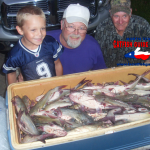 Channel catfish are a blast to catch and definitely take me back to the beginning of my catfishing roots.

When fishing for channel catfish you can typically expect big numbers of fish and catches of over 100 fish in a day during peak fishing times are very common. Most of the channel cats will average between one and five pounds with an occasional larger one mixed in (between five and eight pounds).

This is more of a finesse fishing technique with a lighter bite and is an absolute blast when fishing.

All of the lakes we fish in North Texas have excellent numbers of channel catfish and are suitable for guided catfishing trips.